Info about screenings coming up at Furtherfield Gallery

Information is now on Furtherfield Gallery's website. Screenings of One Minute Volume 7 and a selection of One Minutes coming up in January/February 2014
http://www.furtherfield.org/programmes/exhibition/one-minute-volume-7
Posted by Kerry Baldry at 7:26 AM No comments:

One Minute Volume 6 screens during The Freedom Festival in Hull


One Minute Volume 6 will screen during The Freedom Festival on Saturday 7th September at 6pm.
It will be screened in The Projection Rooms which is situated at the back of The Museum of Club Culture, 10 Humber Street, Hull.
The Freedom Festival is the largest festival in Hull with over 75,000 people expected throughout the weekend. 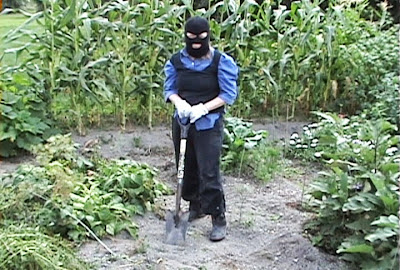 image: Still from Terminator by my name is scot

Posted by Kerry Baldry at 12:05 AM No comments:

One Minute volume Seven will be screening at The De La Warr Pavilion in Bexhill on Sea
on the 28th September as part of the Dear Serge programme. It will be screened in the auditorium projected large on a loop. From 2pm - 9pm
http://www.dlwp.com/visit-us/

Posted by Kerry Baldry at 5:15 AM No comments:

Kerry Baldry
Kerry Baldry is an artist film maker and curator. Over the last 9 years she has also been compiling and organising screenings of artists moving image titled One Minute. An eclectic mix of work made within the duration of one mInute by artists at varying stages of their careers. These compilations (nine volumes todate) have been screened worldwide. Contact: kerrybaldry@gmail.com